I'm sorry this late post, I hope I can write the next on Thursday, again.


The Borderless part was an idea of Pál Madarassy, and he created all puzzles of the round. I supported the idea, bacause we already had a round with Star Battle's varitions. And an other which contains just one puzzle type. The Borderless idea was something else.
I solved exactly two Borderless puzzles earlier. These were the Borderless Tapa from TVC V. In this puzzles the clues were inside the grid, and the soze of hidden grid were given. I liked better this form, and I created some puzzles. However we both agreed that we didn't want to mix the 2 different stlye.


Eventually, Palmer Mebane won this round with 295 points from 430, which isn't so low. So we can be pleasent. But in my opinion, unfortunately too many solvers finished this round with 0 points.

Each given number is part of an island of that size. These islands aren't allowed to touch each other, not even diagonally.


However, you don't have to use the full grid. An 8x8 grid is hidden in the given 10x10 grid. Find the location of 8x8 grid, and solve the puzzle. The clues outside the grid will not be valid.
(The islands can touch the outside clues.) 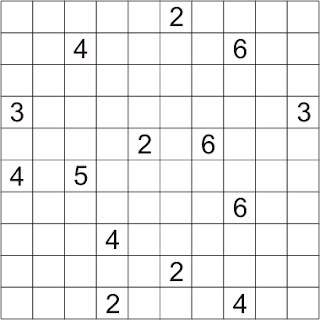 Posted by Valezius at 16:09 No comments:

The Dotted Snake is a snake variation invented by me. I have already shown this type on the 14th WPC. I'm not sure, but I think I found out this genre in 2003. The last year was pretty succesful for this type.
Serkan Yürekli used this genre in two tests (Puzzle Jackpot, Snake variation contest).
We could see it in Vladimir Portugalov's Fortsmarts contest.
And in two sets on the 24 hours puzzle championship. Finally I created some puzzles for the WPC.


I love creating Dotted Snake without black squares. The numbers outside the grid provide informations just about the 3rd cells, so the 2/3 part of the snake can move freely, just the body of snake and the black squares fix them.

Rules:
There is a N units long snake hiding in the grid. The body of the snake cannot touch itself, not even diagonally. Every 3rd square (3, 6, 9 etc.) of the snake has a dot on it. Numbers outside the grid reveal how many dots of the snake are in the corresponding row or column. The head, middle and tail squares of the snake are given. The black squares are not part of the snake.

Some puzzles from me

There were 9 puzzles in the WPC's Play off. None of them was Dotted Snake. However the Dotted Snake was the extra puzzle. That puzzle is here: 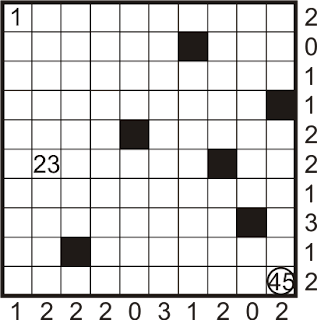 Posted by Valezius at 16:35 No comments:

I finished the checking of given solutions, so I can publish the results.

I got answers from 15 people, what is very good me, because I had to examine the answers manually :-)
10 of them solved all 8 puzzles (in ABC order):

5 of them finished the competition with less than 8 puzzles, the number between the brackets show the number of puzzles :

I'm really happy that there were some female competitor on the contest, and 3 player from Hungary.


Thank you to everybody for playing and for the useful comments.
Finally I would like to render thanks to Pál Madarassy, who checked these puzzles.

The puzzles still remain available.
Posted by Valezius at 16:37 No comments:

Email ThisBlogThis!Share to TwitterShare to FacebookShare to Pinterest
Labels: Other posts

I didn't created happy new year puzzles for this blog, but I published a 2012 Sudoku on my sudoku blog.
Happy New Year Sudoku

And now back to the puzzles.
As I have already written the Evergreens round contains well-known genres, but we puzzles are more or less special. Hence, this round provide me good topics for my blog. I will show many ideas of us.
Other thing is I can't write 30-40 posts about my puzzles, but this isn't necessary because I wasn't the only puzzlemaker on the WSC/WPC. So the puzzles will come from an other author on every 3rd week.

Fences
Draw a single continuous loop into the grid, travelling horizontally and vertically through some of the dots given. Numbers denote how many sides of the square containing the number are occupied by the loop. 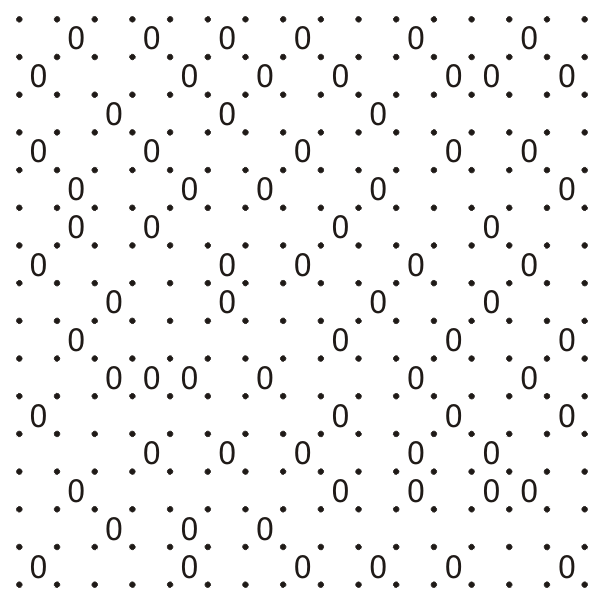 Actually this puzzle is a Maze, I created a smaller puzzle to show this. I transformed this puzzle a little, you can see the results on the right side.


The zeros means walls, and you have to find the unique loop in this maze puzzle.  The solution: 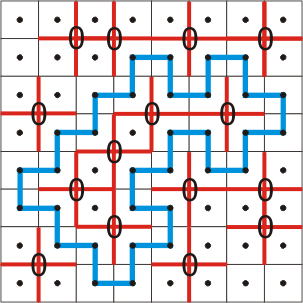 The WPC puzzle was a bit different, it contains two pieces 1 and a lot of 0s. Pál chose that version because it is more than a simple labyrinth, even so the Fences was (one of) the easiest puzzle in this round, 120 competitors solved it.

My thinking is really abstract hence I can imagine a 1-point loop. In this case this puzzle have many solutions, but the WPC puzzle is unique because of the given 1s. I think that puzzle was better choice.
Posted by Valezius at 17:30 3 comments: