This is the explaining of my previous Minesweeper post. I wanted to write it a bit earlier.
LMI Beginner Contest has ended 2 weeks ago. Last page of IB contained this link to help the new solvers:
2. Steps to solve minesweeper in EverGreens 1
http://logicmastersindia.com/t/?tid=77

This kind of dividing trick is relatively familiar in Minesweper puzzles. So I thought my set couldn't be full without at least one puzzle that use it.

This was the hardest normal Minesweeper. But I dodn't want to build the whole puzzle only to this trick. So it is mostly solvable without using the dividing.  Hence I don't think that too many people used it.

As I said many Minesweeper puzzle use this trick. Namely:
If you can find distinct regions that use the given number of mines then all remaining cells should be empty.
The main question is: jhow should I know that I have to search regions or solving the puzzle on normal way. Of course there isn't exact answer just some rule of thumb.

This was the 6th puzzle on the contest: 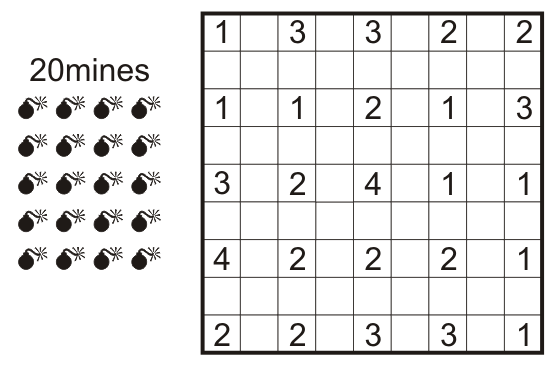 In my opinion in minesweeper puzzles very important the interaction between the clues. So that there there are many clues next to each other ortogonally or at least diagonally. If there are wholes between the clues it is a signed that you can use the dividing trick.

In this case the regions can be the followings: 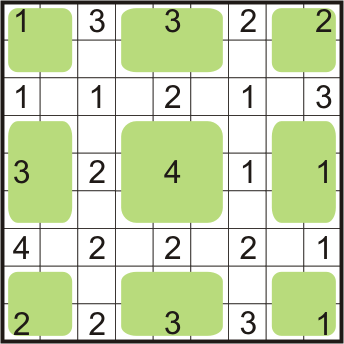 The number of mines in green region is 20, so all white cells are empty.

Moreover, the 6th puzzle contained less mines than the previous puzzles. (30 vs 20)  this is also a sign for using the trick. 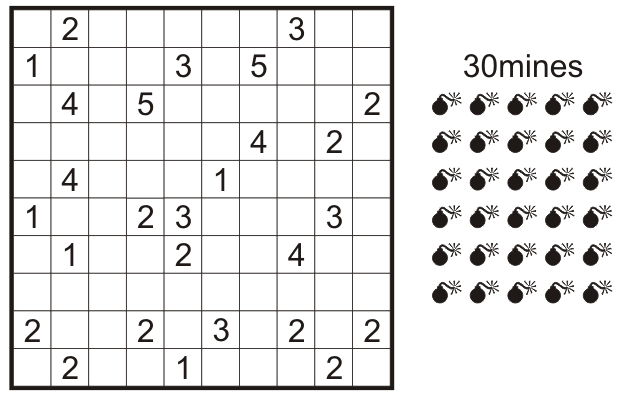 In this puzzle the number of mines seems normal, and the clues are close to each other.  But there isn't any trivial starting points. This is the 3rd sign. 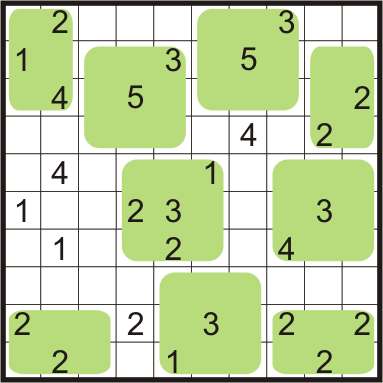 The sum is 26. We need 4 more. But there is only one  for distinct region. However if we choose the 4 in R5C2 then it has at least 3 more mines. Finally the 4 in R7C8 has 3 green neighbours so it has at least one mine in the white area. 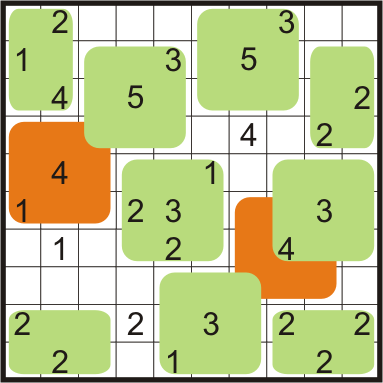 We found some regions that contains exactly 30 mines.
So all white cells are empty and the orange regions use the minimal number of mines, so the intersect og green and orange regions are full of mines. 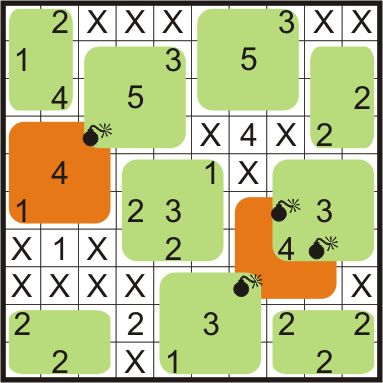 
In this puzzle there wasn't any easy starting point. But sometimes there are some easy steps then it is hard to  continue the solving. In this case you should think about the region-dividing.

Sometimes you can't make regions with the exact number of mines, but there are only some mines on the white area. In this case the regions can help to mark some empty cells or just solve the puzzle.


Rarely the regions work on inverse way. This means that you should find regions which use the minimal number of mines and all remaining cells contain mines.

In this nr.289  puzzle contain only 10 mines, but the clues are all really low. After some basic steps, it is possible to make regions so that the whole white region is totally filled.